Explore the abandoned Remnant Labs and try to find a way out as you uncover its mysteries, finding new abilities to help solve the puzzles in every room of this facility. In this twist on the metroidvania genre, use your wits to solve puzzles using the strange equipment you find lying around, and search for a way to escape while uncovering the mysteries of the lab.

I keep coming back to this Neonesque.

Any potential for a sequel in the future?

I have thought about a sequel, but I figured out that I would need a stronger game engine than PuzzleScript (what this game uses) to create what I envision for the sequel. PuzzleScript does not allow for information to be transmitted between different "levels," which is why Remnant Labs actually uses a single huge level; my plans for the sequel would be more complex and lag would become a big issue, so until I learn how to use another game engine – and probably get a more powerful computer – I don't have plans to make a sequel.

However, I will probably make a different game of a similar style to Remnant Labs at some point, especially seeing how popular it has become, I just need to think up the right mechanics.

I'm wondering if perhaps you might have shed some light on why I usually don't care for PuzzleScript games?

This game,  and a few others - Slime's Test for Intelligence (yes..one of yours) , might just be pushing the PuzzleScript game engine to the edge of it's capabilities because of how inventive you get.

You are obviously a fantastic developer. I would happily contribute to any kind of KickStarter to get you new hardware.

Thanks so much for the clarity of your update and an even bigger thanks for being a phenomenal developer!

Does anyone here know how to beat B1?

Nice work!  I liked how you combined the puzzle and exploration/metroidvania elements.  The different mechanics worked well together and the level design did a good job of teaching the player about each element through progressively harder puzzles.  The optional logs provided a nice extra challenge.

In my playthrough, I reached the exit early and then had to do a lot of backtracking to complete the map and find all the logs.  I like that you gave the player a chance to go back for 100% completion instead of starting over from the beginning, but it felt a little tedious to wander around trying to figure out what I missed.  I think this could be improved by adding map indicators for unsolved puzzles and inter-room connections.

This is undoubtedly the best PuzzleScript game I've ever played. I tend to lose focus on them pretty quickly, but this one had me engaged from start to finish, logs and all. When I got stuck it always felt like if I looked and thought a little harder I would figure it out, and I always did. (Even that little trick with the current in that one room in the bottom row.) Really fantastic work.

Nooooo, I got a game-breaking glitch. A2, when I hit reset this piece of vine doesn't disappear. 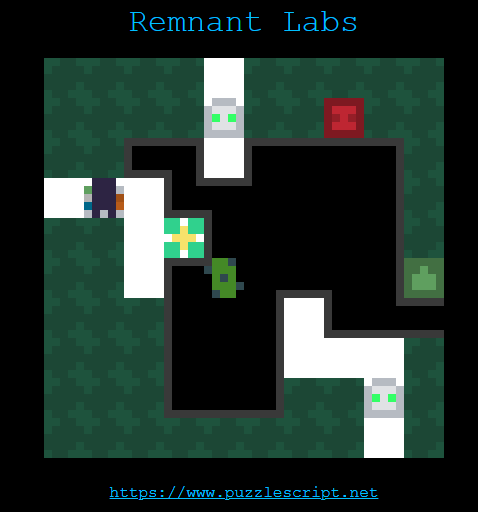 How did you get a plant in that position? This is caused by the way the reset system works, it’s the expected behavior for that room, but I didn’t think you could get a plant there. 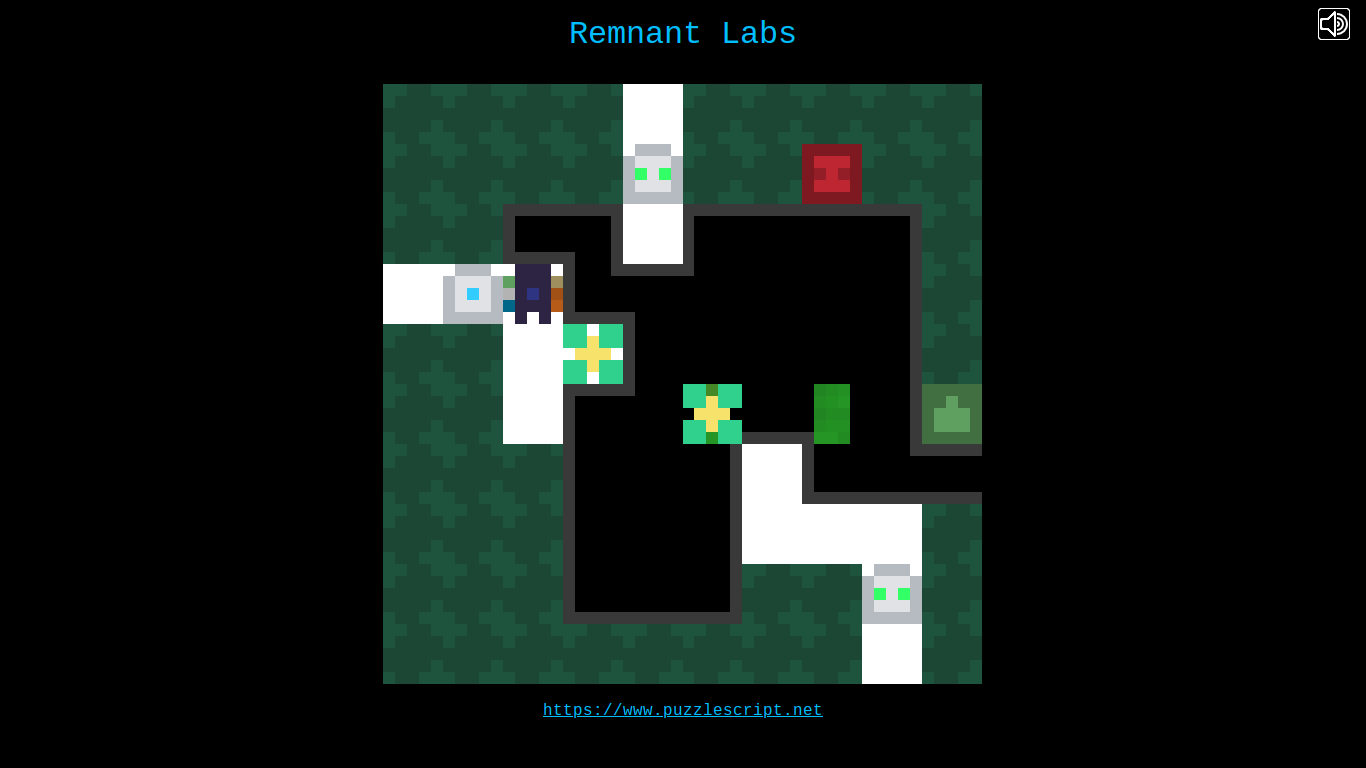 I need help with F2 G2, I know that I need G2's power source but I just can't figure it out.

Never mind, I got it.

I needed the hint for C2 (thank you @iceninexp)! but other than that, I was able to finish with 8/8 monitors! Great game! The only thing more I would have wanted to more annotation on the map, to know where I needed to backtrack to after getting a new ability.

I usually don't like PuzzleScript games a whole lot. This game I forgot it was PuzzleScript because it felt so "Metroidvania" and I really enjoyed it.

Great game! I'm having trouble with F2, how do I shrink the puddle without a pond to siphon too?

Are there secret passageways? How do you get to F1?

I think I'm stuck. I'm in the green part of the map and can't get out. I just got the ability to move the plants with the salt water, but I haven't been able to use it. Have not gotten to F1 or G1 and most of the bottom half of the map is still untouched. Help?

When you say move the plants with the salt water do you mean plants in frozen areas that require the thermal upgrade?

The order of the upgrades is the static projector which pick up and move blocks, the botany gloves that can push plants, then you get a grapple to access the green blocks and then some others after that.

Yeah, I forgot what it said exactly, but it was the upgrade in C3. I haven't gotten to use that at all yet. Now I'm stuck in G1.

That piece of floor that falls away is important in G1.  You will probably need to reset the room.

WOW! I usually cannot stand Puzzlescript games because I'm an idiot and can never beat the things beyond a couple of levels. They immedidately lose their luster. This one had what I think is the right balance of challenge to the puzzles. Got stuck on a couple and needed some help (thanks all!), but I saw it through to the end. The very first puzzlescript that I think I've ever solved (I said I wasn't all that smart!!) Thanks!!

HALP!!! E6! Anyone? How is it possible to move that explosive fruit off of the single square? There is no way that I'm seeing!!

Maybe you can 'use something' to push it. Take a look around the room.

The map doesn't show but I guess I don't really need it to solve the puzzles?

The map only shows the rooms where you've been. Or are you having a different problem?

The map shows in a different browser, there's no map when playing on Chrome. Also, the character won't step on the lights, but will just appear in the other side if you move twice in that direction (also just Chrome).

I'm a bit stuck at the moment but I liking the game a lot! I can plant melons now :P

I can see the map in Chrome.

I think the reason for not being able to see the map is whether or not you're letting the browser store data. For me, incognito mode prevents the map from working. Whenever you're on a door (for example, when accessing the map) the game tries to save your progress, and if it can't, I guess that the turn just isn't shown properly, making the map inoperable.

Stuck on D3... does anyone have any solutions? I know I need to somehow have the static thing connected to the blue/gray box in the upper left corner to melt the ice... but I have no idea how to get there.

Never mind, I got it.

Some kind of reset happened while I was in the exit room. Lost everything. Challenging and fun while it lasted. Not sure if there's enough replayability to go through all that again.

Wait, how do I get past these blocks of ice like in A5?

Spoiler below (I've been taking screenshots of the ones that I found really difficult A5 was one of them). 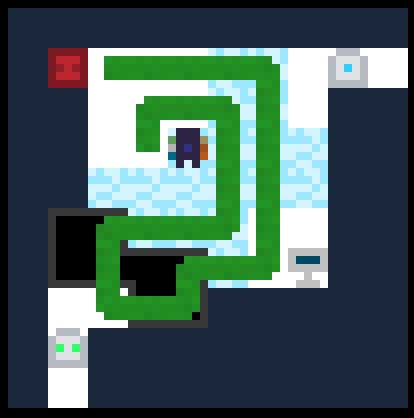 I must still be missing something, I can't walk through those ice blocks.

Oh. You need the thermal power up so you can walk on ice.

Dang I don't even know where that is yet.

All puzzles are completely solvable just some are really tricky. When you start getting into the ice flowers it gets quite challenging.

G5 I solved yesterday but now has me completely stumped. 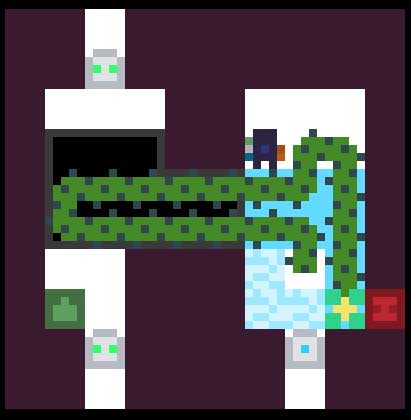 Aack.  All progress lost after the update :(

Sorry! There is no way to have continuity between different versions. You will keep your progress if you keep the tab open, but other than that, it's out of my control.

No problem. Just a little frustrated with myself because I'm stuck on puzzles I solved yesterday.

Reply
Nat the Chicken327 days ago

I mean, for a PuzzleScript game, just having any kind of saving is pretty neat lol

Stuck in C2 and can't make any sense out of it at all.

That one got me. 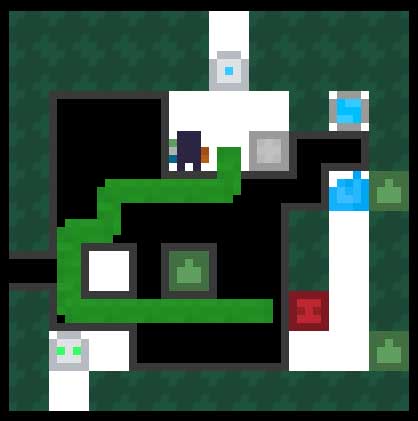 Edit- Got it. Bit of a red herring with the plant in the other room.

These are all really clever puzzles. Very well thought out!

I'm probably going to need a walkthrough if the puzzles get harder :)

I feel like I must've missed a log or two. It'd be nice to have some way of knowing whether you've found everything besides the map.

Other than that, I really enjoyed this! Especially the seathorns; they could be their own game honestly.

I just created an account to tell you how much I enjoyed this game! I really loved the approach of the puzzles and the escalating difficulty, I couldn't stop playing!

This is so impressive!

I'm currently stuck with room G1 — I've managed to liberate both the boxes but I can't seem to figure out a way to melt the topmost blue thing.. Any tips?

edit: ahhhh, I needed to reset the level to spot the critical error I had made!

Haven't beaten it yet but so far it's excellent. Great work!

Wow, that was a lot, and in a very good way.  Terrific! 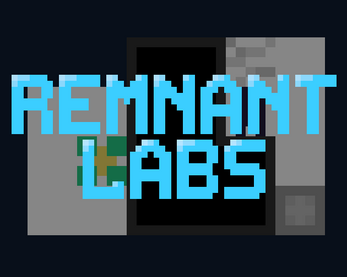